Get Your Acting Resume Optimized Today

90% Of Actors Could Make Their Credits And Training Look Better On Their Resume!

What Improvements are Hiding In Your Credits?

But then it’s a catch 22 because you’re trying to make your resume better (or get your first one) to help you get that work, but you need more credits to get it! Or to get an agent.

To make it worse, acting resumes are different from regular day job resumes because in a regular Day Job, you can list the best details about what you did on a job and how well you did it.

But with acting credits, it’s much more straightforward — You  simply list name the project, the role you played and who the production company was — and the agent or casting director looking at it will recognize your projects or the company you worked for or they won’t. There’s simply not a lot of opportunity to legitimately amp it up! 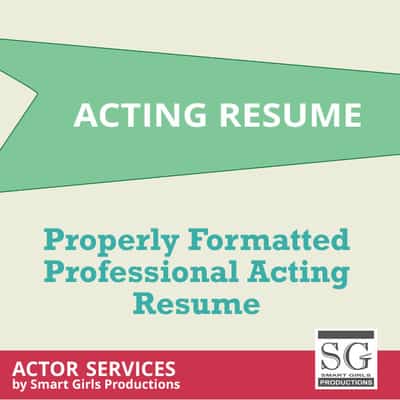 The fact is, there's only so far you can go to improve your resume if you want to be honest about your credits.

But guess what… Out of those 7500+ actors I’ve worked with, I’ve also seen too many of them sell themselves short. Since actors always feel like they “need more credits,” the ironic thing is, they actually play down what they’ve already done. And even when an actor has all of their credits on there, even 90% of them could make small tweaks that improve their presentation and change a few words here and there to tweak it without adding a single credit.

But chances are, if you’re reading this, you want more than a couple of little changes, you may have a few credits to add a few old ones to take off, or you may be starting brand new.

I can help you in any of these situations! And we can do it fast. For me (Melody Jackson, the owner of Smart Girls Productions), it’s easy to see what to improve and I can do it in an old school jiffy!  THAT MEANS a FAST turnaround, no matter where we’re starting on your resume.

Here are some of the typical problems and opportunities we have for improving your resume:

To present Your Best Resume, you need to make the most of the credits you do have — and leave off credits that undermine your work, such as OLD STUFF, even if it was cool.  Most actors have also done acting jobs that were not really professional or ones they would like to forget — yet their resume looks bare without them. So what do you do with those?

We work it out. We will discuss the pros and cons and I will guide you in making the best decision.

Some of the changes you might need could be small… but the idea with your resume is that not only do you get the proper credits, but you also get more mileage out of it by simple small improvements that add up.

You have 100% control over making it look its best.

Get your Resume created or updated to make sure you are presenting your Excellence! 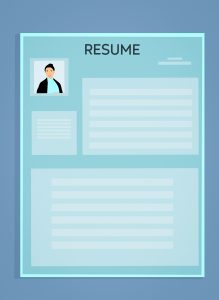 Some Sections We Can Create or Improve

Your acting resume will either help you, hurt you, or just be bland.  Given the competitive nature of this business, every actor needs to make the most of the one thing they have total control over with minimal cost: the professional look of their resume.

Some of the benefits that you may get from having me create or jazz up your acting resume include the following:

Your resume will be tidier and easier to read, drawing attention to the most important things that will interest an agent or casting director.

Acting resumes are very different from other industries. They must be in a specific three-column format, and each column should contain very specific things.

Even if you’ve been doing your own acting resume for many years now, there is a 90% chance that I can make your credits look even better.

Other common mistakes actors make on their resumes.

Click to place your order and let's get this party started!

Clicking the Add to cart Button will take you to our shopping car over at Hollywood Business School and you can check out there! Then we’ll get started. If you have any questions, email us at smartgirls@smartg.com.