Do You Have a Hook In Your Screenplay Logline? 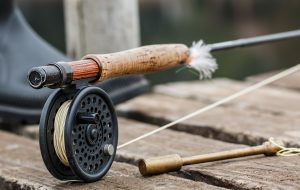 When you pitch your screenplay to a Hollywood executive, whether in a one-on-one pitch in person or in a query letter, your story needs to have a hook and it must come through in the pitch.

While you may have heard the term, I’ve found that most writers don’t know really know what a hook is.  Or best case, they have an idea but don’t fully understand it. So let’s start there.

What is a hook in a screenplay?  Here’s the basic idea of it:

A hook in a screenplay is the unique, catchy aspect of your script that’s a little bit different from anything else they’ve heard but familiar enough that they can readily imagine it in pictures.

Your hook should draw  the person you’re pitching to into the story like a hook on the fishing line snags the fish.

Your hook is the special aspect of your story that sucks people into wanting to read your story or see the movie because they really want to know what happens.

A love story.  A man falls in love with a beautiful, vulnerable, frightened woman.  She stops his advances for a while.  When she finally agrees to sleep with him, he gets a big surprise…. He learns that she’s a actually a man.  Now THAT is a hook!

This is a story about an agent (Woody Allen) who will do anything for his clients. He believes in his clients totally — way more than the clients believe in themselves — even though they are just semi-talented and somewhat past their prime.  This is not what you would normally expect and get from an agent. The hook is the setup as we can’t help but wonder why he believes in them so much and wish perhaps that someone believed in us the same way.

A second hook is that one of his clients needs his mistress to be at his concerts or he is unable to perform, so the agent (Woody Allen) has to pretend to be the mistress’s boyfriend. However, when two mobsters come looking to rough up the guy who has broken their brother’s heart by stealing the girl he loves (the mistress), they go after the agent (Woody Allen) who’s pretending to be with her instead of the real boyfriend, his client! So we have two elements that make the movie unique.  They are twists from what you would normally expect.  Those are hooks!

A Comedy. In this story, a father loses his right to see his children alone, so he dresses up like a woman and becomes the ideal nanny.  Now that is a great hook on its own. However, it goes even further.  She is such a nice old lady that the wife-mother wants to be best friends with her.  Not only that, an older gentleman takes a strong liking to this rather large, matronly lady and wants to get romantic with her. Of course, all kind of comedy arises out of the situation and setup.

The greater the hook, the more likely you are to get someone to read your script.  In the best case, you would make sure your story has a hook before you even write the script. I have analyzed countless screenplays that simply don’t have any hook to begin with. In a case like that, I work with the writer to make the most of what they already have or to add the hook in by altering the story. But it’s much easier to make sure you have a hook from the getgo. 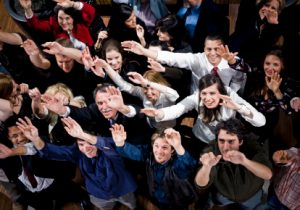 One temperature test on whether you have a hook is to run your idea by some people and see how they react.  If they are not hooked or grabbed by the idea, try to refine the idea before finishing your script development.

Keep in mind that creating a good hook in a drama can be challenging because dramas often need more explanation since they’re often more character driven.

Once you identify a unique hook in your story, you are well on your way to having a marketable script. You’ll know you’re on the right track when at least half the people you practice telling about it ask you questions about what happens.

If you aren’t sure whether you have a strong hook, then you could potentially save yourself a great deal of time and even money by getting a professional script analysis. There’s ultimately no reason to even market your script if you don’t have a strong hook. 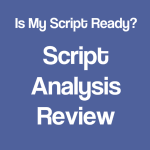 Of course, there’s not a perfect formula to measure how big of a hook you have, but a great starting place is to have someone who has read and evaluated thousands of screenplays take a look at it. By doing that, you can see how much your idea stands out from the pack — and that is certainly part of the measure of the hook.

To get your script evaluated, take a look at the script review services we offer. We would love to see how your hook is coming along.