Acting Headshots: How To Look Like a Hollywood Actor Without Overdoing It 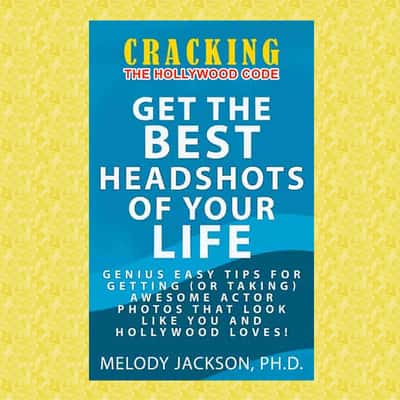 Let’s face it, the Hollywood (movies and television) industry places a high priority on the way actors look. This industry sometimes demands that its’ star actors be attractive, youthful, and sexy. The acting community definitely feels that pressure.   Many actors believe they must be as attractive, youthful and sexy as possible to get the highly sought after auditions.

Sometimes actors make extreme decisions like surgery in order to satisfy the Hollywood industry. Surgery is an important topic and shouldn’t be taken lightly. However, I’ll have to discuss it and other extreme options in another article. This particular article is about a non-extreme option, which actors typically consider for looking their best. That option is to airbrush away any imperfections from their  acting headshots.  Airbrushing is the technique/process of retouching or editing a photo.

You may think that airbrushing is primarily used on older actors’ headshots. However, truth be known, airbrushing is very popular throughout all age groups. “Even child actors?” Yes, even child actors. Some parents feel it’s a good way to ensure that their children are as competitive and marketable as possible.  An example would be: having a mole or birthmark removed from a child’s acting headshot.

Obviously, there are many types of “imperfections” that can be airbrushed, but let’s focus on the two most common areas for actors. They are facial age lines and body sculpting or contouring. Some actors are very successful at creating more attractive headshots by airbrushing these two areas.

Actors typically airbrush age lines to make themselves look younger. I don’t see an issue with doing this as long as the photo still looks like you — with minor improvements. Here’s a typical case: You’re smiling for that commercial headshot.  Your face shows more lines around your mouth and eyes than it does when you’re not smiling. You believe those lines make you look older and less attractive.

So, you decide to go ahead and soften those lines; minor airbrushing such as this is an industry norm. It’s not very likely anyone will make a distinction between this retouched headshot and how you actually look in person. However, you’ve gone too far if you are 45-years-young and you have airbrushed your photo to look like a 25-years-young version of yourself.

This is also the case with body sculpting or contouring. Both of these methods can be defined as the airbrushing of body parts to give a more attractive shape and appearance. For example, you’re an actress with a three-fourths body photo. Your outfit clearly reveals the shape of your body. You don’t like the shape of your lower body because your butt is too wide; you believe your legs and waistline are too thick. So, you have those areas airbrushed. I don’t see much of an issue with this unless you’re promoting yourself as an actress with an impeccable body. “What do I mean?”

Casting directors are very busy people who usually are working under stressful deadlines. So, they don’t like to have their time wasted by actors who have not been truthful with their headshot submissions. Some casting directors will hold grudges.

”Do not use photo editing and airbrushing to deceive; the truth will easily be recognized once you’re seen in person.

So, to use an age-old adage: “all things in moderation. By all means, improve upon the photo by getting rid of minor imperfections. No reasonable person would object to that especially because you’re promoting your brand in a competitive market.

For more tips like these, check out Hollywood Headshot Handbook – it could help you avoid wasting hundreds of dollars on headshots that are not quite right … or even worse … downright unusable.

Read More »
PrevPreviousActor Headshots: The Critical Steps You Must Take After You Get Them
NextTalent Agent Contact: 7 Ways To Keep in Touch With Your RepsNext
Twitter Facebook-f Google-plus-g Youtube