How To Connect With Casting Directors in Hollywood 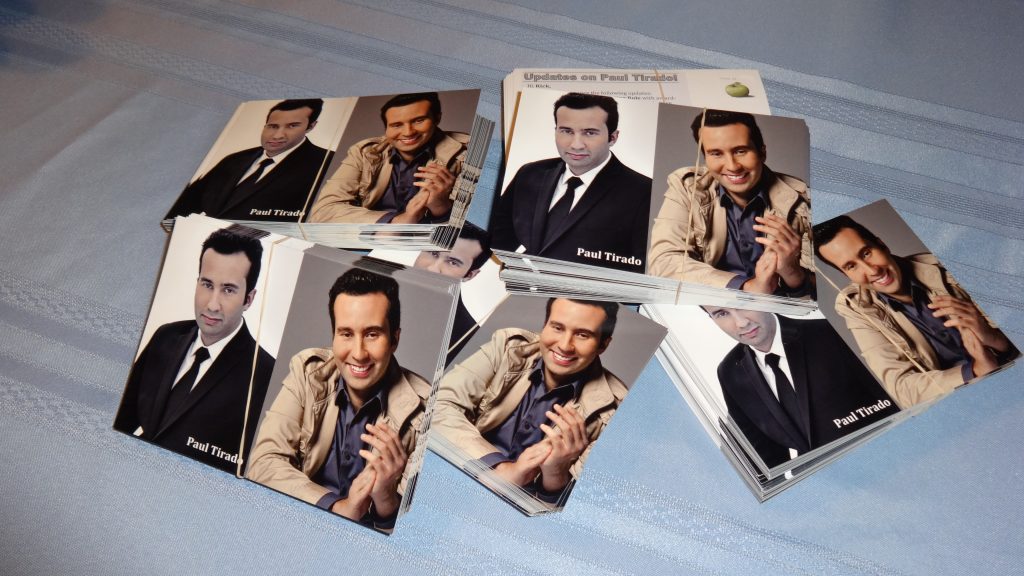 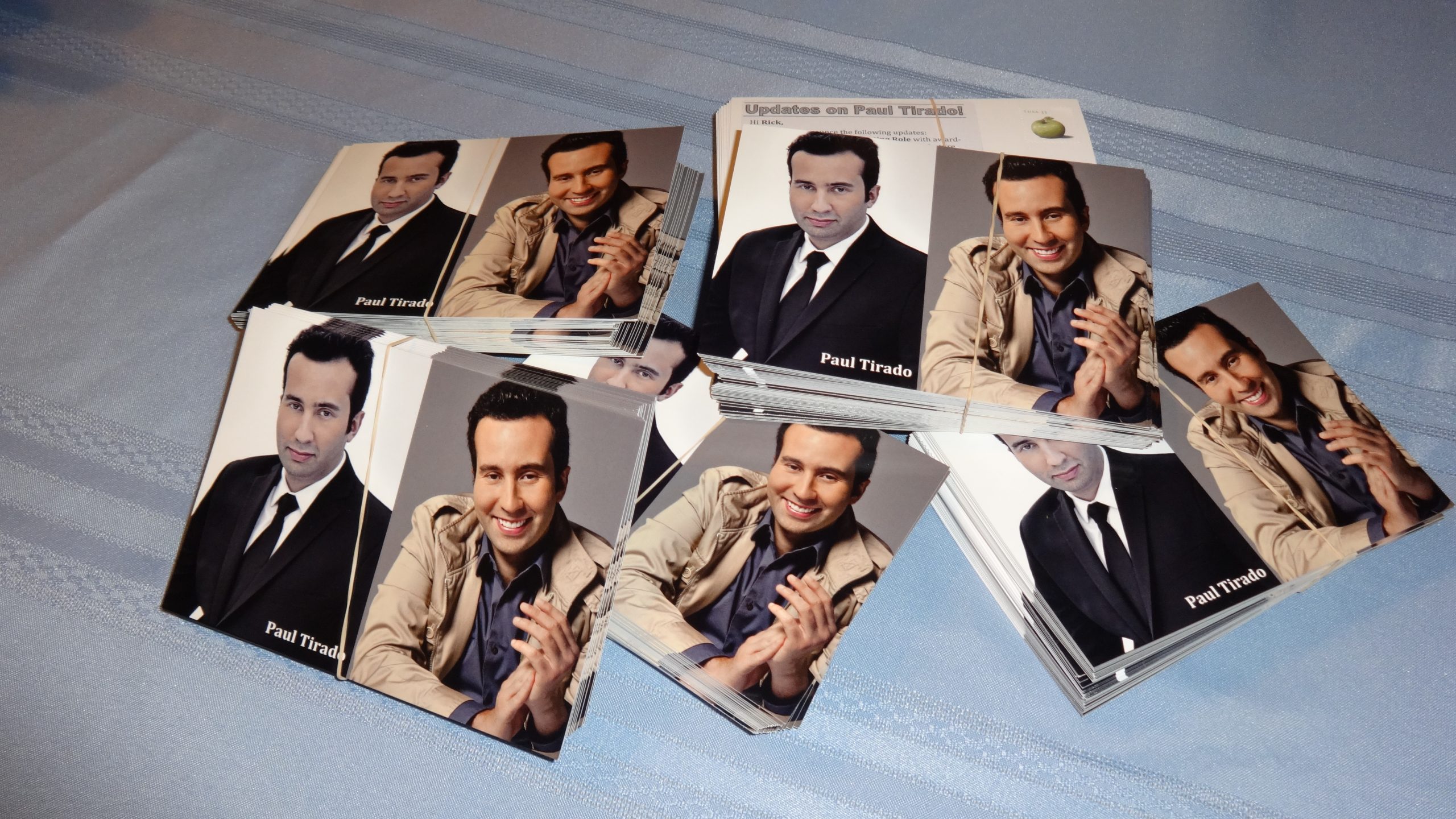 How to connect with casting directors in Hollywood now is different than it was in the past. When I was pursuing an acting career many years ago… and my clients more recently…  sending out 100 or 200 postcards with a photo on the front and a message on the back, would often produce results of 1, 2, even 3 auditions later that week or the next or even over the next month. It worked like crazy and it was fun.

But as with most things, when everyone starts doing it or technology changes, you have to modify how you do things. This article will review you the old school ways of marketing to casting directors and the new school ways that replaced them or how they’ve been modified.

Surprisingly, there are some things that worked back then and still work today.  And here we go…. in no particular order… old school new school.

Drop-offs to studios and casting offices.

In the past, a good number of resourceful actors would somehow do a bit of magic (and “acting”) to get past the literal gatekeepers, and appear at a casting director’s office to hand deliver a submission for a role or for a chance” meeting, that wasn’t chance at all.

Given the changes in security that have continued to grow more necessary since the terrorist attacks in 9/11  it’s very difficult to sneak onto studio lots without getting a pass from a specific person…and rightly so. This was old school and is nearly impossible now.  Not to mention that auditions are typically handled differently anyway.

Casting offices have always been much more accessible than the studio lots, but they’re just not using hard copy headshots much anymore, so there’s nothing to “drop-off.” 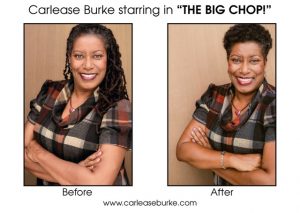 Although it used to be fairly common to send out 100 to 300 general announcement postcards to casting directors and start getting more auditions immediately, there are so many other ways to contact casting directors now that it is not cost effective to send out that many now. However, it is still worth it to do a very targeted mailing to a select list of casting directors when you have a specific announcement, such as just getting cast in a role for a good project or in the cast of my actress client Carlease Burke (“Crowded,” “The Middle”), changing your look!

For years Carlease had been known for her beautiful long dreadlocks.  It was her look, her brand. But in her soul, she was ready for a change. Against the advice of one of her reps, she went ahead and cut the locks — she got The Big Chop! and she looks fantastic in her after photo. Not to mention she just broadened her casting!

The point is…  changing your look is a great example of a good reason to send out postcards to a targeted list of casting directors and other industry people. 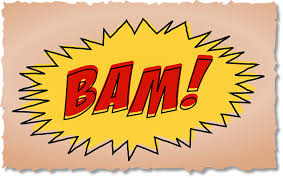 Given that casting offices were so much more accessible in the past, resourceful and adventurous actors would often crash auditions, sometimes pulled it off, and sometimes even got cast by just showing up at an audition they had “heard about” but hadn’t been called for.  Again, given the change in technology, the massive numbers of submissions, and the different ways things are done now, it’s just harder to do now and less productive.

Connecting with Casting Directors at Auditions

Meeting Casting Directors at the auditions, connecting with them, and making a semi-personal “first impression connection” used to be a great way to begin building a relationship with a casting director. Actors who are really good on auditions know how to work the room, and they would make their audition even more memorable by how they connected with the person or people in the room. The casting directors themselves were often there for the first auditions. But now, most auditions are recorded by a camera operator, so you no longer have that particular opportunity to make that semi-personal connection with the CD.

For better or worse, whether you support the idea or not, when you do a casting director workshop, you are guaranteeing you will get to have someone in the casting department see you perform. This is where you get to make that semi-personal connection now.  It still may not be the main casting director, but you do get that opportunity to connect one on one when you do your audition. This has supplanted what used to be the first audition connection opportunity.

It used to be that one of the big wins for an actor was for them or their agents to land them a “general” with a casting director so the CD could get to know you a bit. This general was great because they meet you and learn about you more as a person, so then they are more likely to call you in for a specific role that comes up. These rarely happen anymore except for a select few roles. To accomplish what used to be done here, your best chance is to go to CD Workshops and through using social media. They’re not the same, but they are as close as you’re going to get.

Okay, this one never did work and never will. So don’t do it. Plus I wanted to see if you were paying attention to what you are reading. lol

This is another new way of connecting with a casting director on a semi-personal level. Since you often don’t see them at the first audition, you don’t have the same opportunity to make that quick semi-personal connection, but you can do it through social media. There’s a whole art to doing it, but in some ways it’s better than that first meeting in an audition because you can build it over time.  (Stay tuned for my video courses on how to do this, starting by using Facebook effectively.)

In the past, the technology just wasn’t there to be able to tape yourself and send it over the internet to submit for auditions. But now this is something you should definitely become really good at. And if you become masterful at it, it will be a major competitive advantage for you.

As with self-taped auditions, in the past it wasn’t possible to submit yourself electronically for projects. But now you can. You probably won’t find many big projects that you can submit for this way, but most work for actors is not on the big projects anyway.  But setting your profile up and submitting for projects on Actors Access and IMDB, among others, you can connect with casting directors and directors who are working their way up the ladder.

My Musing about the Changes with meeting Casting Directors

It used to be easier to submit a general mailing to casting directors, get your face in front of them, and then get calls.  Given the sheer growing volume of submissions they get from all over, general submissions are just not as effective as they used to be.  In some ways it seems like actors have even less ability to impact their number of auditions than before. But when I started thinking about it, it’s not necessarily true.

The fact is that “general” just doesn’t work anymore but being “specific” does. It’s like being a general practice doctor. It’s nearly impossible now… you have to specialize, which takes more work and more training. For actors, the more is that you have to make more effort to target casting directors specifically. You have to invest more thought and time in reaching them and making it a deeper connection.

Even though your casting director marketing needs more specific effort to reach fewer people, it also gives you the opportunity for a competitive advantage.  Most actors will simply not do this because they don’t want to or don’t know how. So if you make the effort to do these types of things and do them very well, you will immediately be ahead of thousands of others who won’t, can’t, don’t want to, or don’t know how.

To make the most of marketing yourself as an actor, there are three basic things you must do before getting too fancy about launching your plan:  Get an Agent, Get a Manager, Create Your Plan for Getting Casting Directors to know you.

Once those are in place, then there are many other things you can do… Of course you can do other things at the same time, but be sure to focus like crazy on getting your representation in place first, and then taking actions to get Casting Directors to know you — as they are your “first line of hire.”

If you want help getting a talent agent or landing a personal manager, check out how Smart Girls services can help.  If you want coaching and guidance on creating a casting director marketing plan, check out our quickie coaching sessions to get started.

Add your name below for a Weekly Shot of Actor Marketing Caffeine, with articles on the Business of Acting!

I think you'll totally love the articles I send to you... Just put your name and email in above to get going! And you can always unsubscribe if you don't like them!  --

Read More »
PrevPreviousHow Do I Get a Literary Agent for My Script so Producers Will Read It? — ASK SMART GIRL SERIES
NextHow To Make An Audience Care About Your CharactersNext
Twitter Facebook-f Google-plus-g Youtube