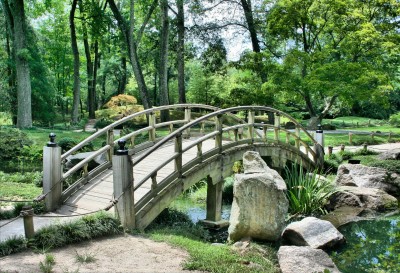 Sometimes an acting career can be frustrating, can it not?

You want to work as an actor so badly, and you make some progress… but then something falls through.

Maybe you sometimes wonder if you’re missing out on the beauty in life like this beautiful bridge in this peaceful park.

Any of that sound familiar?

Well, if you’re still reading, I want to discuss what might be an issue that you need to address. Having a strong agent is super important. But you have to get someone at the right level for where you are.

When you’re looking for representation with a strong talent agency in Los Angeles, it can be easy to pick the wrong one and then stay with them too long. If you’re like most aspiring actors, sometimes you feel so happy to have an agent that you hate to think about leaving them even though they aren’t getting you auditions.

Unfortunately, you’re just losing time if you stay with them because of that.  It might stroke your ego a bit to know you have an agent, but truly, you need to step up your game.

Before you run off to search for a new agent, think it through to see if you’ve done your part.

You need to give your agent their best shot by having a great headshot, the most professional-looking resume you can muster up, keep taking classes so you’re ready when the time comes, and continue to promote yourself.  If you’re not doing these things, a new agent won’t make much difference.

Let’s assume that you’re doing your part, and you’re still not getting auditions. Or the only action you’re seeing is from the submissions you’re doing to Actors Access and such sites on your own.

If that’s the case, then it’s time to evaluate your agent!  So now, my friend, spin the wheel, let’s play the Evaluate My Agent Game: 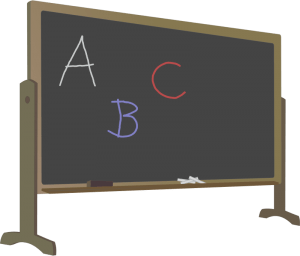 Here are Five Qualifying questions to find out if a given talent agency is the right one for you.

1.  Is the Talent Agency licensed by the State and Franchised by SAG-AFTRA?

I realize this is a basic question, but a lot of things have changed over the past 5 years.  Many agents have become managers. Lots more people have become agents. Some agents want you to do only non-union work so you have a better chance of booking against less qualified competition.

Being franchised by SAG-AFTRA is not always a make or break deal, but being licensed by the state is. A talent agent (not manager) must be licensed.  It’s a state law. If they’re not, it’s a huge red flag.

To legally negotiate your acting contracts, an agency must be licensed by the State, if they’re not…NO PASS!

If you’re a member of SAG-AFTRA, the agency should be franchised by SAG-AFTRA or have a special exemption (some of the bigger agencies have this for reasons too complex to get into here).

2.  What type of talent and projects is your agency effective for? And where do you fit in their plan?

Each established talent agency is known by the casting directors for the types of actors they take on.  The question is, what does the agency you’re with specialize in or what are they known for?

Talent Agencies are known for being stronger for either commercials or for film and television (aka “theatrical”).  Although many of them rep both areas, they are typically more known for one or the other.  Are they known for the type of work they’re representing you for?

Some agencies specialize in different age groups, usually either children or adults, but some are known for young adults.  Are you in their age group sweet spot?

Other agencies represent certain types.  Some agencies are know for providing great Co-Star actors, such as cops and waitresses. Others specialize in bombshell women, and so on.

The big question for this is: What does your agency specialize in?  Are the casting directors coming to them for that type? And most importantly, do you fit in with their branding?

Next we look at the way your agent sees you. 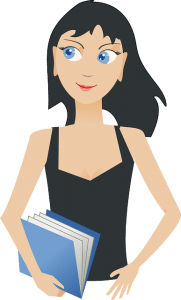 3.  Does Your Agent see your casting as you do:  age, persona, ethnicity?

Do THEY SEE YOU for the types of roles that YOU SEE YOURSELF being right for? This can be another area where actors and their agents don’t see eye-to-eye.

You know this to be the case when you’re being sent out on auditions where everyone is 20 years older than you.  Or when you’re a Marilyn Monroe type, and they are sending you out for Ugly Betty type roles.  If that’s happening, it’s very likely that you and your agent are not a good match.

Another common divergence here is the case where you have an ethnic look, such as Hispanic or East Indian, and you want to also be submitted for non-enthnic-specified roles, but your agent only submits you for roles of your actual ethnicity.  If your goals don’t match — No pass. Agent fail.

4.  Are they at the right level for you in your career?

As you move up the ladder in building your acting resume, you might discover that you need to upgrade your agency to be able to get in for auditions at the next level.  Agencies have “rank” the same way actors do.   This is so critical that at Smart Girls, we even give them an A, B, C, or D rating based on their career appropriateness level — and we use that grading to pick the right ones for you.

The truth is, casting directors are more likely to look at submissions and take calls from some talent agencies in L.A. than others.  In their eyes, that agency either has “better actors” or does a better job of submitting the right actors for given roles.

If you are trying to move up from Co-Star to Guest Star Roles and even Series Regular auditions, then you need an agency who is at a level such that they can get you in to read for those roles. Evaluate the level of the other talent on your agent’s roster if this is the case for you.

And finally, the Ultimate Test of whether you are with the right agency for you:

5.  Ultimate Test:  Are they getting you auditions for the right roles, at the right level in your career?

This is the bottom-line.  You have to get auditions.  Auditions and casting calls are oxygen for the actor’s career.  If you’re not getting auditions, your career is dying of oxygen.

You need auditions.  You have to go out for the right roles.  And the roles have to be at the right level for where you are in your career.

If your agent isn’t getting that right:  FAIL — You need a new agent!

This article is not meant to be hard on agents because they work hard and they’re busy.

If anything, I mean to direct the responsibility back to you!

If your agent FAILED on the above test, then it’s time to Get a New Talent Agent.  That can be hard to do on your own, so to make it easy for you, definitely check out the Talent Agent Mailing Service by Smart Girls Productions.

If you hate the thought of leaving your agency, even though they Failed the test, they it’s likely one of two things holding you back:

It that’s the case, then it’s time to true yourself up in your thinking. If you’re serious about working as an actor — you need to be represented by a talent agent who is strong for YOU! So let’s do it.

…if you feel better about your agent now than you did before you read this article, great. You should be kind to your agent and step up your game by marketing yourself more on Facebook! (Call me to find out how I can help you do that.)

If you are ready to step up your game either through a Talent Agent Mailing or Facebook Marketing, then call the Smart Girls office at 818/907-6511 — or click on the Agent Mailing link to see how that service makes it easy for you to get a new talent agent.

Legit Talent Agencies in Los Angeles is our tracking specialty!

Read More »
PrevPreviousActor Headshots: How To Jazz Up Your Existing Photos
NextSelling A Script: How To Increase Your OddsNext
Twitter Facebook-f Google-plus-g Youtube